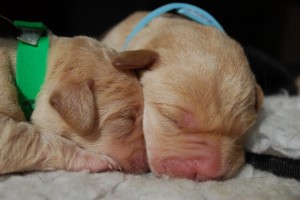 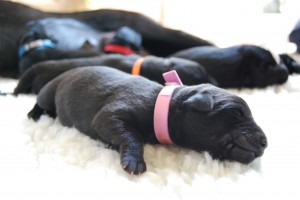 News and updates on our new litter of puppies as they happen!

Fireworks….such a nuisance for some animals and people too

Hi there I hope this post finds you well.

I havent posted about the firework campaign for a while.  The Firework abatement group have been campaigning long and hard for a change in regulations.

The Government petition to ban fireworks has reached (and surpassed) the required number for signatures to be debated in parliament.  The Government have responded and the issues surrounding fireworks will be debated 26th November 2018.  This debate will be the third debate since June 2016, but not only that the second debate was earlier this year in January 2018

How YOU can help make changes!

First of all….
If you havent already signed the two petitions please do so!
Government Petition http://bit.ly/2OrghLI

Secondly,
We need further support from those who have signed.  Please write to your MP’s to let them know of your personal problems with fireworks.

I urge you to please contact your MP’s in advance of the debate about fireworks.

“Please attend the firework debate on 26th November at 4.30pm in Westminster Hall.
Fireworks cause me problems and as my MP I would like you to represent me.” [THEN add a sentence of your own.]

Without the key help from those who are affected by fireworks then changes are harder to achieve.  Please inform your MP of the debate and ask them to support you.

You can mention (in your words) the impact it has on you and your animals, the frequent but random timed fireworks are a nuisance, as it stands the law allows fireworks to be used 365 days of the year from 7am through till 11pm.  People cannot prepare for fireworks when the frequency is 365 days, that and the times they allowed, in effect is not a regulation at all.

It is time for change when you consider on top of the frequency of fireworks being hard to manage for animals and people who suffer distress, (many animals have died as a result of their distress or incurred horrific injuries) but there are other factors such as pollution and littering.  The chemicals, the impact on the NHS and Fire Services.  The misuse of fireworks when they have been reported to be thrown at people.    The problems associated with fireworks is far reaching and there is very little policing in place for the people on the receiving end of the problems that fireworks create.

Please sign the petitions and write to your MP.  Get your MP to attend the debate!

Time for change on an outdated law and that time is NOW.

Tilly has completed her health tests!

Whoop – good news.  A couple of weeks ago we had Tilly’s hips and elbows scored.  We have just got the results back today.

I am very pleased to confirm the following scores:-

This now means we can consider having a litter with Tilly.  Currently she is a little young (in my opinion) so we would be looking at Spring 2019.

We have had to say goodbye to our dear boy Charlie.  My gentle bear.

read my tribute to my boy, Our Angel Pawprints

Love my Charlie bear, forever and more.  He will always be in my heart.

and then there was one…

Today we saw Miss Yellow off to her new home. A beautiful angelic little puppy.  It is always sad saying goodbye to the puppies, however it is now time for new beginnings.

Here’s Miss Yellow in her sending off photo… 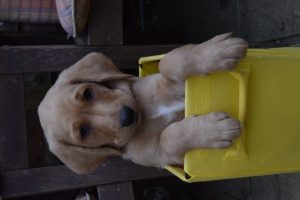 To all my beautiful puppies and their lovely owners.  I will take this opportunity of wishing you all well.  Lots of happiness in your new homes.  BE GOOD!

It is now my chance to welcome Tilly (Matilda) into our home.  Tilly is taking full advantage of cuddles on the sofa.  We discover rapidly, the need for our stargate! 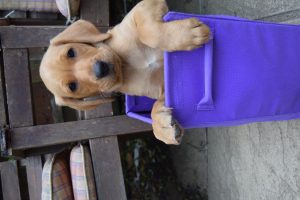 Lets hope we can share many tales of the adventures our puppies get up to.

and then there were two

The lovely Mr Red went to his forever home today.  So we are now left with Miss Yellow and Miss Lilac.

Mr Red is a smashing little boy.  As are all the other boys. (and of course the girls are really awesome also!)  We really have been blessed with such a lovely balanced litter.  No trouble makers and no noisy pups! 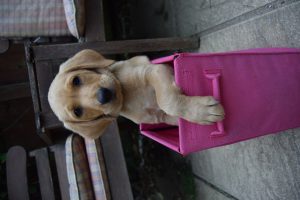 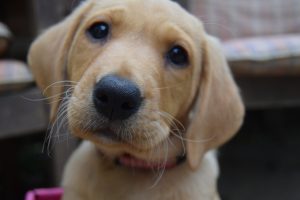 I always do the pep talk before they leave their first home.  As I walk around the block with them I tell them all about the wonderful things they are going to experience.  Mr Red was the first puppy who made my arms ache before I got back home again!

Tomorrow sees Miss Yellow going to her new home – which will mark the start of Miss Lilac officially being ours.

aw today has been hard…. Mr Blue has now left for his forever home.

I know all my buyers are lovely lovely people and this does help, nonetheless saying goodbye is hard.

Here is my favourite photo of Mr Blue 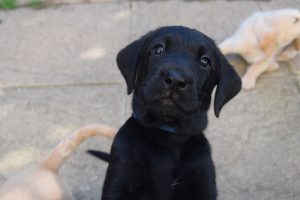 Im an emotional soul and how anyone can be puppy farmers is totally beyond me.  I have puppies because I enjoy the experience and love watching them grow.   Having learnt so much along the way about health testing and that every litter is different.  This litter contains 6 little heartbreakers, thank goodness I get to keep one this time.

and then there were four :(

The puppies are now 8 weeks old, which can only mean one thing – that they start to leave their first home.  I should be feeling proud of my puppies and the wonderful homes they are going to – but I do feel sad that two puppies have gone.

technical issues…. please put your head on to the left hand side to view the photos. 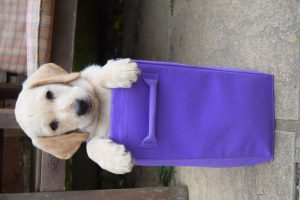 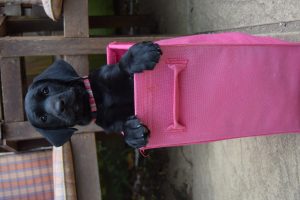 The Puppy gallery has been updated

The pups have been perfectly well after their vaccinations.  They have been busy enjoying the good weather, doing some gardening (yes… we have some diggers!), whilst I have had to get on with sorting out the puppy packs!

Here are a few photos from today : 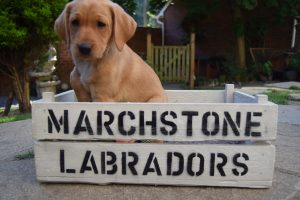 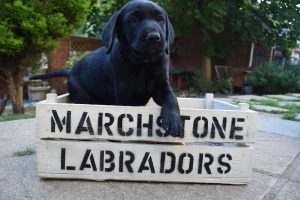 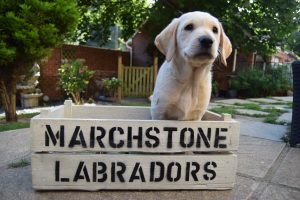 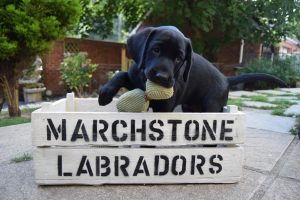 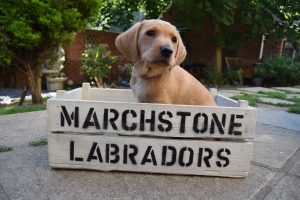 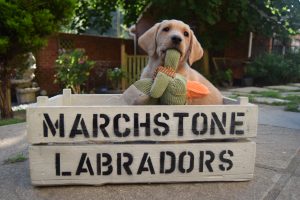 The puppy gallery has been updated.

Is it dinner time?

It is hard to think – this time 8 weeks ago we were waiting for the pups to arrive and now – they are going to be leaving the nest.  It has been fun watching them develop into the good puppies they are.  Wishing all my puppies lots of love in their new homes.  Tonight is the last night as six puppies.

Footnote.. Toilet training has been going really well!  Fingers crossed they continue to do well for their new owners.

The puppies have all had their vet checks and some have had their vaccinations too.   The vet was very impressed with them.  First time in the car and first time at the vets.  They were really good in the car, no crying at all! 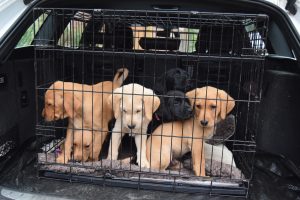 Back from the vets, they have some packing to do…. 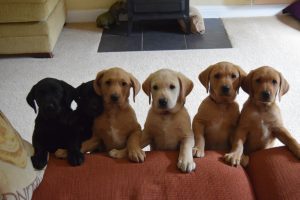 Darling Puppies – the past seven and a half weeks have gone so fast, I can’t believe we have reached the day for microchipping!  (not a day I look forward to). 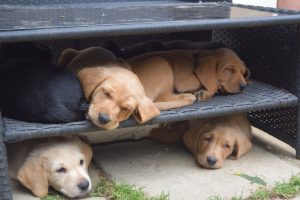 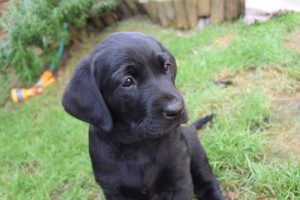 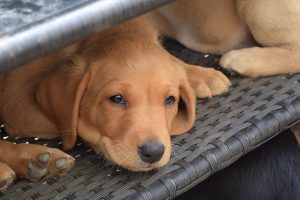 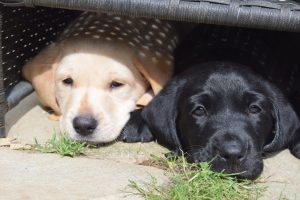 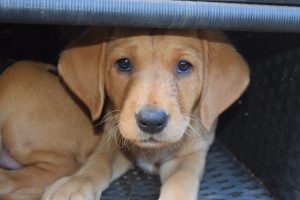 The puppies have all now had two trips around the block – they are enjoying taking in new sights, smells and sounds.

The puppy photo gallery has been updated.

Here are some videos from the past couple of days.

Puppy mayhem in the garden

Division of black and yellow puppies

Maggie getting down with the kids, featuring the dressage puppy!