Health Concerns in the Bitch 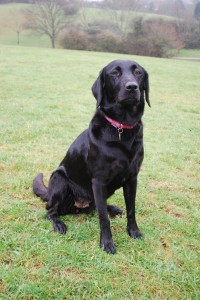 Accumulation of pus in the uterus. May be an infected OR sterile condition. This condition IS life threatening and does require veterinary intervention.

It is more common in  bitches who are middle to old aged, who haven’t had a litter. Occurring shortly after a season.

Depression
Excessive Drinking (polydipsic).
They will have a fever (pyrexia)
They might vomit.
Discharge (if an open pyometra) which is smelly.

If the cervix is open, then there will be a vaginal discharge. This is an open pyometra.

If the cervix is closed then there isn’t a discharge. This is a closed pyometra.

Fluid therapy and surgery to remove the uterus – performing a spay.

It is worth noting a foreign body in the vagina could cause discharge and excessive licking whether spayed or not.

Vaginal polyps and prolapse are usually observed at the time of oestrus (season), appearing as red, round glistening masses which suddenly protrude from the vulva. The animal is well in herself and usually not bothered by the prolapse though she may strain occasionally. Occassionally the protrusion may become ulcerated and bleed. This is due to it being exposed to the air. As a first aid measure you “could” apply ky jelly to ensure it doesn’t dry out whilst you are seeking veterinary help. The haemorrhage is usually capillary and not severe. A vet would exert gentle pressure to push the protrusion back in. A prolapse vulva would require veterinary intervention.

Usually seen in older entire bitches, spaying early will benefit the bitch as it significantly reduces the risks of mammary tumours.

Mammary tumours can affect one mammary gland or a mammary strip. They would require removing surgically. There are different types of tumour – Adeno carcinomas and sarcomas. Metastasis (spread) is via the lymphatic system and blood stream.

Bitches can suffer with urinary incontinence. This can be as a result of being spayed. There are treatments available which can help – such as hormone tablets or propalin syrup.

It is important to monitor urinary incontinence as, if it is associated with hormonal in-balance than this can be addressed with the appropriate treatment.

If your dog is incontinent then the first thing to do is collect a urine sample which can be tested at the vets. This is so infection can be ruled out. You can discuss with your vet how to manage it – either with treatment, making use of ideas such as using pads on top of the dogs bedding. If required using a barrier cream to protect the dog from urine scalds.

The signs of this condition include anorexia, abdominal enlargement, nest making, nursing of inanimate objects (such as carrying a soft toy everywhere) mammary development and lactation (production of milk).

False pregnancy would occur approx one-two months or so from the last season. False pregnancy is considered normal and part of the hormonal changes. Most bitches can cope with having a false pregnancy if they are showing mild symptoms. If the diet is changed – low carbohydrates, this will help reduce the amount of milk being produced. Reducing the water intake a little bit (not hugely) and increase exercise will help with the symptoms of the false pregnancy. Try not to offer the human take on the problem by being sympathetic. Remove her toys which she thinks are her puppies.  A false pregnancy can last from the very first stages of when the conception would have taken place up until when the puppies would have been born and also during the nursing time is when the milk is often produced.

False pregnancy is caused by a decline in plasma progesterone at the end of a season, the timing in which the blood discharge reduces and the vulva is also reducing in size.

In some cases where symptoms are very strong, it may be necessary to use hormonal therapy to reduce the plasma concentrations of prolactin.  Veterinary treatment will help. Hormonal treatment (tablets or injectable).

Bathing her mammary glands in Epson salts or diluted alcohol will help the milk be reabsorbed.  Taking care NOT to stimulate the teats at all by squeezing or massaging them.  Just keep them as cool as possible.  The milk will eventually be reabsorbed and in time not reproduced.  (when a bitch is feeding her puppies it is produced by supply and demand).

You could try some herbal remedies such as fresh sage leaves which will help dry up any milk production.  (I have used it by putting leaves into a sandwich for the bitch!).  You could also try using pulsatilla homeopathy which helps to dry up the milk too.  Sepia homeopathy can also help with drying up milk as well as help with the hormones of the bitch.

PLEASE NOTE – I am not qualified to give the advice of using these remedies, however I will say I have used them on my dogs and am speaking from experience.  SO if you choose to use the remedies it is down to your personal choice!

There is an injection which can be given after a mating has taken place, if pregnancy is not desired. What needs to noted is that it is still possible for a bitch to fall pregnant AFTER the misalliance injection should she be mated again. There are some side effects associated with the injection which must be discussed with your vet before administering. Another option would be to consider having your dog spayed, if she is in pup some vets will consider performing the operation, the timing of which, would need to be discussed with your vet.

The notes contained on this page are to help guide you in seeking appropriate advice.  So as to be aware of conditions and possible options available to you.  Always gain further advice from a veterinary surgeon.