Miss Marple arrived today as we have had an incident at Marchstone House.  Please do not be alarmed.  The puppies are safe and well 🙂

Having collated some evidence of the “alleged” incident of smothering puppies with kisses and also blowing raspberries.  You will see below, some photos proving the occurrence. 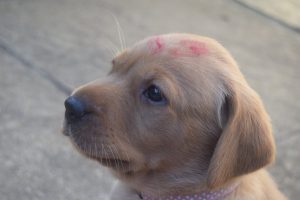 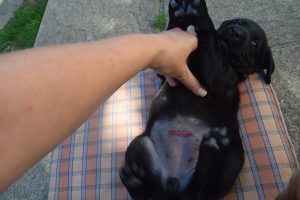 The photos of the remaining puppies were just to graphic too show as they quite literally had been kissed beyond belief!

Miss Marple has concluded the puppies have been victim to a crime of being smothered with love.  Almost going as far to suggest they have been loved too much.  The yellow puppies have all been affected, however the black puppies have also had kisses showered on them, but it is harder to see!  It can be seen Miss Pink had also fallen foul to the perpetrator.

Exhibit A – Lipstick used by the perpetrator?

Suspects – The usual rogues gallery from left to right – Charlie, Archie, Uncle Stanley, Granny Molly, Mummy Maggie and Uncle Melvin.  When questioned they all denied any knowledge of seeing the puppies at the time of the incident.  With Stanley even attempting to suggest he had never heard of the puppies before.  (Naughty Stanley). 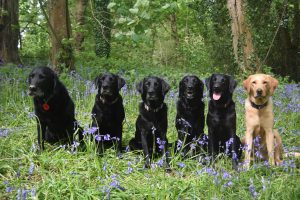 Having given consideration to the circumstances it had been assumed that the Prime Suspect was Uncle Melvin but upon further investigation, it was discovered that someone else had been overlooked.  Aunty Bunty has been staying at Marchstone House and had maintained no interest in the puppies, however it would seem this is no longer the case. 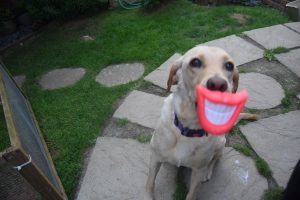